How to Walk in Scriptural Hundredfold Return 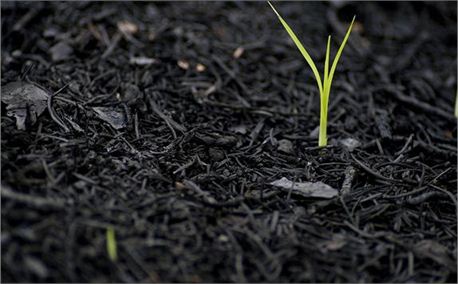 “And other fell on good ground, and sprang up, and bare fruit an hundredfold. And when he had said these things, he cried, He that hath ears to hear, let him hear.” Luke 8:8

It is important for us to know what the Bible teaches about the hundredfold return, so that we can walk in what it promises. This scriptural promise has been twisted and wrongly used by some in the church, mostly ministers, who are applying it to the giving of money and offerings to their ministries; preaching that if a person gives in an offering, they can claim a hundredfold return, or crop, on the seed they sowed. Jesus was not talking about money in the parable of the sower, he was telling us that the seed is the word of God.

“Now the parable is this: The seed is the word of God.”

The Soil Determines The Crop

“Listen then to the [meaning of the] parable of the sower:

While anyone is hearing the Word of the kingdom and does not grasp and comprehend it, the evil one comes and snatches away what was sown in his heart. This is what was sown along the roadside. As for what was sown on thin (rocky) soil, this is he who hears the Word and at once welcomes and accepts it with joy;  Yet it has no real root in him, but is temporary (inconstant, lasts but a little while); and when affliction or trouble or persecution comes on account of the Word, at once he is caused to stumble [he is repelled and begins to distrust and desert Him Whom he ought to trust and obey] and he falls away. As for what was sown among thorns, this is he who hears the Word, but the cares of the world and the pleasure and delight and glamour and deceitfulness of riches choke and suffocate the Word, and it yields no fruit. As for what was sown on good soil, this is he who hears the Word and grasps and comprehends it; he indeed bears fruit and yields in one case a hundred times as much as was sown, in another sixty times as much, and in another thirty.”

Notice that both Luke and Matthew spoke of the hundredfold return, but Matthew also mentions sixty and thirty; these three crops are the result of good ground, or a heart that has heard, received and is a doer of the Word. What determines the results of the Word sown? How we tend to the seed, water it and protect it! Good ground always produces what has been planted in it, but we can stop short of the full production, the hundredfold result, if we settle for sixty or thirty. A good farmer does not carelessly throw seed out in a pasture, hoping it will come up without any further attention to it; it must be watered, protected and given the proper nutrients. He will protect it from anything and every thing that would try to stop the seed from coming up and producing the intended fruit.

“But be ye doers of the Word, and not hearers only, deceiving your own selves.” James 1:22

“So that He might sanctify her, having cleansed her by the washing of water with the Word,” Ephesians 5:26

We Choose the Type of Soil We Are!

In the last part of Luke 8:8, after Jesus taught the parable of the sower and the seed, he cried (shouted) these words out-

“He that hath ears to hear, let him hear.”

It is up to us to place value on God’s word, to hear with the ears of a hungry heart. God did not section believers into groups of hundredfold, sixty, thirty, or even non-productive soil; the choice is totally up to us. While His Word is capable of producing a hundredfold production in our lives, it will not happen without our cooperation. We have to decide how we want to live this life, what we will settle for or what we will go after and stay with; “staying with it”, means I choose to continue to hear, believe, receive and act on the Word, until I am satisfied with the results! Will we settle for no fruit, thirty, sixty or a hundredfold crop? I choose to be good ground, to continue to work on my own heart’s soil, so I can receive the fulness of the seed sown.